Announcing the Principal Staff of Annie!

We are proud to wrap up our season with the crowd favorite, Annie! Sponsored by RSM, Annie will run August 3-5, 8-12. A heart-filled production of a family favorite, Muni’s 2018 production of Annie will be full of poignant comedy and attention to historic detail as it explores the question of what makes a family.

Plucky and optimistic, little orphan Annie charms everyone's hearts despite a next-to-nothing start in 1930s New York City. She is determined to find the parents who abandoned her years ago on the doorstep of a New York City orphanage that is run by the cruel Miss Hannigan. With the help of the other girls in the orphanage, Annie escapes to the wondrous world of NYC, making her way from the Hooverville shantytown to the palatial mansion of billionaire Oliver Warbucks. Along the way, with the help of Warbucks’ personal secretary Grace Farrell and a lovable mutt named Sandy, Annie foils Miss Hannigan's schemes, befriends President Franklin Delano Roosevelt, and finds a new home and family. The sun’ll come out this summer at the Muni! 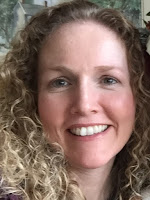 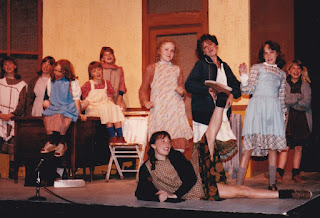 Director: Carly Shank
Carly directed Muni's Sweeney Todd and Oliver! and appeared on stage last summer as Mrs. Banks in Mary Poppins. She has also directed Next to Normal and Joseph... for the HCFTA, The Crucible and Mr. Lincoln for TIP, and STC's production of Rent.  Carly works as Director of Audience Development for Sangamon Auditorium, and is delighted to lead the team for this summer's production of Annie, having been in the casts of three previous Springfield productions of Annie, going back to Springfield's very first first production of the beloved musical in 1983.

Producer: Dennis O'Brien
Dennis has been involved in Muni productions onstage, backstage, and as board member of both the Board of Managers and Board of Trustees for several decades. A three time President of Muni, he knows where most of the bodies are buried, and it is rumored he planted several of them personally. That makes him a perfect candidate for the position of Producer.  He is an attorney with Livingstone, Mueller, O’Brien & Davlin, P.C., and he is the proud father of Sean, Kate, Betsy and Conor, all of whom have graced the Muni stage on numerous occasions. 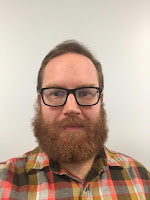 Assistant Director: John Sivak
John is very excited to be on the staff of Annie this summer! This is his 20th year of involvement with the Muni, he previously directed Muni’s South Pacific in 2016 and has performed in and directed several shows around the area. This is John’s third production of Annie, he was in the chorus of the 2003 STC production and was FDR in the 2010 Muni production. He is very much looking forward to creating new memories with the cast and staff of this year’s show. 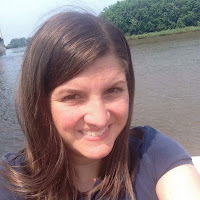 Vocal Director: Christie Lazarides
Christie is so excited to be a part of the Annie team! This will be Christie’s 11th year on staff for Muni, having most recently vocal directed Muni’s RENT, Shrek, Spamalot, Disney’s The Little Mermaid, and Mary Poppins. This will be Christie’s fourth time being involved in a production of Annie. She performed as an orphan twice, including once as Pepper in one of Muni’s productions. Annie was also the very first show Christie ever vocal directed. 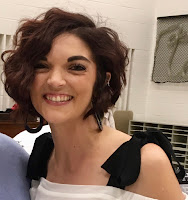 Choreographer: Casey Tester
Casey is an English teacher at Riverton High School where she has directed, assisted with, and/or choreographed nearly twenty shows, including most recently Legally Blonde, A Midsummer Night's Dream, and Shrek; but this is her first time participating in a community theater production, other than supporting and enjoying it from the audience. She is thrilled to be joining the Muni family, and especially for the opportunity to work with Carly, who is the first person to inspire in her a love of musical theater through an unforgettable camp during the summer of 1992 (where she just so happened to perform Annie's "Maybe"). Twelve years ago, Annie was Casey's first opportunity to try out her choreography skills, and she is so grateful to revisit its magic again this summer!

Assistant Vocal Director: Haley Muller
Haley is thrilled to be on staff for Annie! She is a vocal music education major at Millikin University where she is in multiple student and music organizations. She has been in numerous Muni performances including Les Miserables, Little Mermaid, and Mary Poppins. She has been a cast member in many shows in the Springfield area and is excited for her first time on staff, especially for Annie, having played the role of Annie in sixth grade at Cantrall Intermediate School and it being the first show she was in as an orphan at the Muni in 2010. 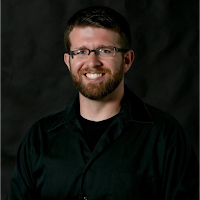 Stage Manager: Seth Wheeler
Seth served as Assistant Director for Mary Poppins, Apprentice Director for The Little Mermaid, and Stage Manager for Shrek the Musical and Les Miserables in previous Muni seasons. Long ago one might have found him on the Muni stage, faking his way through tap dances with Kevin Kulavic in Crazy for You or trying to pass as a Shark in West Side Story. While he likes being on stage and performing, he's going back to his comfort zone which is backstage, bossing people around and making sure that the audience gets a great show every night. During the day, Seth is the Facilities Manager at the Hoogland Center for the Arts. This will be Seth's eleventh consecutive summer at the Muni and he is excited to work on Annie with yet another amazing Directing team. It may be a hard-knock life, but not when you're doing what you love!

Posted by The Muni News at 6:59 AM No comments:

Announcing the Principal Staff of Legally Blonde the Musical!

We are excited to have Legally Blonde the Musical make its Muni debut as our third show this summer! Sponsored by UCB, Legally Blonde will run July 13-15, 18-22. Oh my God, oh my God, you guys! Based on the fabulous movie, Legally Blonde the Musical is a fun, award-winning show that is follows the transformation of Elle Woods as she bends and snaps stereotypes and scandal in pursuit of her dreams. You guys. We can’t. Elle has like the ultimate #TransformationTuesday. But we’re getting ahead of ourselves. When the musical starts, Elle literally has it all: she’s in a sorority, she has a killer wardrobe, she owns an adorable Chihuahua named Bruiser, and she snagged a hottie boyfriend with Roman numerals after his name. But her life is totally turned upside down when her boyfriend Warner dumps her so he can attend Harvard Law! It’s like, so sad. So Elle charms her way into the prestigious law school to win him back, but gets totally bummed out when her fellow classmates, professors, and ex are total haters completely underestimate her. Ugh! But with the support of some new friends, Elle quickly realizes her potential and sets out to be so much better than before.

Director: Anna Bussing Maisenbacher
Anna has been involved with The Muni for approximately 25 years. She has directed and choreographed West Side Story and All Shook Up, choreographed Hairspray and High School Musical, and was most recently on stage at Muni as Betty Haynes in White Christmas. Anna works as the coordinator for the audiology department at SIU Medicine.

Producer: Jake Smith
Jake is thrilled to join this staff. This is his sixth show to produce for the Muni most recently producing Disney’s The Little Mermaid. In addition, Jake is serving a co-chair for publicity this year for the Muni. He is excited to see this season materialize and share it with his family (Mary Kate, Stella, Jesse, and Jude.)

Cory Blissett has been performing in the local theater scene for over 20 years.  Some of his favorite performance moments at The Muni include Angel in RENT, dean Hyde in All Shook Up, Huck Finn in Big River, and Younger Brother in Ragtime.  Cory is a licensed counselor and the Director of Outreach at Hope, which is a non-profit in Illinois serving individuals with developmental differences.  Fun fact, a part of that job includes co-directing the spring musical each year.  Cory is also a youth group co-leader at Phoenix Center and an actor at the Abraham Lincoln Presidential Library and Museum.  This is Cory's first time on staff at the Muni and he is excited to be working alongside some truly talented artistic innovators.

Assistant Director/Choreographer: Julie Ratz
Julie is the Artistic Director of the Springfield Ballet Company. She has performed with SBC; ISU Dance Theatre; Twin Cities Ballet Company; Scottish American Ballet in Edinburgh, Scotland; and Harvard University Summer Dance. Julie holds a B.S. in Dance Performance/Choreography from Illinois State University (ISU); and she has studied dance in Chicago at Lou Conte and Joseph Holmes dance studios, and the Ruth Page Foundation. She has received the Springfield Area Arts Council choreography award, and has been a member of the Illinois Arts Council Partners in Excellence and Dance panels. Julie has performed in, choreographed and directed many productions for Over the Moon Productions (OTM), Springfield Theatre Centre (STC), Muni and the Hoogland Center for the Arts (HCFTA).


Mary Kate is excited to be back on Muni staff for the first time since 2011's Wizard Of Oz. She has been on stage at Muni in the meantime starring, most recently, in the title role of last season's hit Mary Poppins.  She has long been a vocal coach, teacher and instructor as well as a musician and recording artist. Her favorite thing about Muni is sharing it with her family (Jake, Stella, Jesse and Jude) as well as her extended Muni family.  That, and the peach green tea you can only get there and, like, two other places.

Apprentice Director: Craig McFarland
Craig is extremely excited that Legally Blonde marks his first time on a Muni staff. He's been involved in Springfield area theatre for the past eight years, playing numerous roles from Hubert Humphrey in HCFTA's All the Way to Patsy in STC's Spamalot. This past Muni season he was in our White Christmas. Craig also has directed and assistant directed shows for Springfield Theatre Centre. He's currently a member of the Muni Board of Managers, where he is serving as Co-chair to the Muni's publicity committee. He works as an Academic Advisor at UIS. When he's not busy with theatre he is at home with his lovely wife, Anna, and his adorable son, Liam.

Stage Manager: Kevin Kulavic
Kevin most recently played Roger in our production of Grease. His resume is very extensive from performing and staffing numerous shows throughout the area. To pay his bills, Kevin is Deputy Director at the Illinois Joint Committee on Administrative Rules. He will be busy this summer at the Muni, Kevin is also the assistant director of our Little Shop of Horrors.
Posted by The Muni News at 3:05 PM 1 comment: