Sister Act will make its Muni debut as our second show this season! Sponsored by Edward Jones, Sister Act will run June 22-24 and 27, July 1. When disco diva, Deloris Van Cartier, witnesses a murder, she is put in protective custody in the one place the cops are sure she won't be a found: a convent! Disguised as a nun, she finds herself at odds with both the rigid lifestyle and uptight Mother Superior. Using her unique disco moves and singing talent to inspire the choir, Deloris breathes new life into the church and community but, in doing so, blows her cover. Soon, the gang is giving chase, only to find them up against Deloris and the power of her newly found sisterhood. 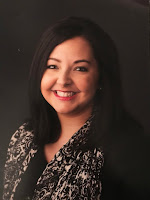 Co-Director/choreographer: Morgan Kaplan
Morgan is co-Director/choreographer for Sister Act. By day, she is an Associate Director for Tri Sigma National Sorority. She has been active in local theatre for more than 15 years. Morgan most recently co-directed A Chorus Line for STC with Andrew Maynerich in 2017. She has been on staff and on stage for numerous productions at Muni, STC, SHS, HCFTA and SHG. Favorite shows include Chicago (HCFTA), Cats (OTM) Hairspray, The Producers, and Shrek at Muni; Hair, Rock of Ages, Gigi in Miss Saigon, Reno Sweeney in Anything Goes, Millie in Thoroughly Modern Millie (STC) and 25th Annual Putnam County Spelling Bee (HCFTA); Beauty and the Beast and Ragtime at SHS.  She is most proud of the role of Mommy to Sawyer. Get ready for a heavenly summer!

Co-Director/choreographer: Andrew Maynerich
Andrew is excited to make his Muni Co-Director debut of Sister Act with Morgan Kaplan!  After Co-directing A Chorus Line for STC's 2017 season, Andrew and Morgan and stoked to the heavens for this show!  No stranger to the stage, however, Andrew has been performing at the Muni since 2003, and has most recently performed as Emcee in Cabaret (2015), Jimmy Winter in Nice Work (2016), and Bert in Mary Poppins (2017), and many others throughout the community.  Having choreographed and assistant directed many shows over the years, including Shrek, Spamalot, South Pacific, and Rocky Horror, Andrew is excited to put on a new hat!  Andrew is an advanced tap instructor for Springfield Dance Company, and owns and operates Maynerich Financial where he works as a Financial Advisor.

Producer: Greg Donathan
Greg is a hospital administrator at a mental health center. Greg has directed several local productions, including Sister Act, The Sound of Music and Legally Blonde. Greg has been seen on the Muni stage as Phil in last summer’s White Christmas, the Tinman in the Wizard of Oz, Josh in Big, Billy in Anything Goes and Henrik in A Little Night Music. Greg played the title role in Pippin and Lt. Cable in South Pacific at TIP and Adam/Noah in Children of Eden and Bobby in Company st STC. Greg loves sharing his love of theatre and music with his wife Elizabeth and children Edward, Cecilia, Matthew and Mary.

Assistant Director: Stacy Kolaz
Stacy has been involved in theater most of her life. Stacy has appeared in and worked on many different shows throughout the Springfield theater community. She recently assistant directed for HCFTA Charlie Brown Christmas and apprentice directed for Muni’s Marry Poppins.  Stacy is currently the Makeup/Hair co-chair for the Muni and has coordinated make-up and hair for many productions around the area, including Muni’s The Little Mermaid, South Pacific, Seussical, Shrek, Dream girls and Beauty and the Beast. Stacy is looking forward to spending her summer under the stars. 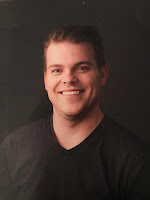 Vocal Director: Damien Kaplan
Damien Kaplan is Vocal/Music Director for Sister Act. By day, he is the Director of Choral Activities at Sacred Heart-Griffin High School. He is also the Director of the Lincoln Troubadors. He has conducted and Vocal directed numerous productions for The Muni, HCFTA, STC, SHS and SHG. Favorite credits include vocals for Les Miserables (Muni and HCFTA), Big River (Muni), Forever Plaid (HCFTA), Music Direction for Parade (HCFTA), Urinetown (OTM), Hairspray, Little Mermaid, Mary Poppins (Muni), and the role of Lord Farquad in Muni’s Shrek. His most recently added credit (and his favorite one) is dad to Sawyer!

Stage Manager: Jennifer Gronewold
Jennifer is the Learning Lab Coordinator at Sacred Heart-Griffin High School. She has worked behind the scenes for several shows at SHG, Muni, Legacy, and STC. She is beyond thrilled to stage manage for Sister Act and provide props for Legally Blonde this summer at Muni. A big thank you to the staffs of these shows for these exciting opportunities. She is sincerely grateful to be surrounded by family and friends, who continue to inspire her love of all things theatrical.
Posted by The Muni News at 7:37 AM No comments:

Announcing the Principal Staff of Little Shop of Horrors!

We are happy to announce the principle staff of our first production "Little Shop of Horrors." The show is set to open on June 1 at 8:30 PM. Sponsored by Springfield Clinic this will be a wonderful production to open our Muni season!


The meek floral assistant Seymour Krelborn stumbles across a new breed of plant he names "Audrey II" - after his coworker crush. This foul-mouthed, R&B-singing carnivore promises unending fame and fortune to the down and out Krelborn as long as he keeps feeding it…blood! Over time, Seymour discovers Audrey II's out-of-this-world origin and designs for nothing less than global domination. 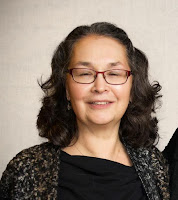 Director: Laurie Barnes
Laurie teaches Physics and Astronomy at Glenwood High School  where she also directs the school musicals.  She was in her first show at Muni in 1975 and has been involved with Muni ever since.  She has directed a number of shows here, including Ragtime, Aida, The Secret Garden, Once On This Island, and Jekyll and Hyde. She is very proud that all 4 of her children have been involved in Muni and she absolutely could not do a show without brother Dave on the piano! 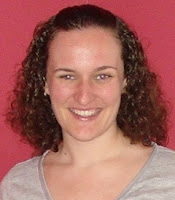 Mary has performed on stage several times, including last summer's Mary Poppins and appeared as Mother in STC’s A Christmas Story. She is grateful for the opportunity to be part of another Muni show and looks forward to taking on this new role. 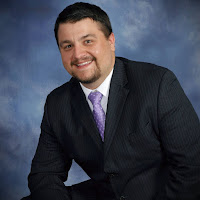 Kevin most recently played Roger in our production of Grease. His resume is very extensive from performing and staffing numerous shows throughout the area. To pay his bills, Kevin is Deputy Director at the Illinois Joint Committee on Administrative Rules. He is looking forward to working with Laurie in bringing Little Shop to the Muni stage.

Vocal Director: Steve Rotello
Ronda Brinkman has been a member of the Springfield arts community most of her life as a dancer, actor, choreographer and volunteer. Ronda danced with Springfield Ballet Company for 16 years, dancing many leading roles, including Sugar Plum Fairy and Snow White and held staff and board positions with SBC. Teaching for 30 years, she is the owner of Springfield Dance and the Artistic Director for Springfield Dance Theatre, a large children’s arts organization dedicated to enriching the community through the performing arts.

Stage Manager: Kelly Franklin
Kelly has been with Muni since 2009 and is excited to be back for another season! Kelly is a senior at Illinois State University majoring in Theater and Legal Studies and can't wait to graduate in May. Muni was her first opportunity backstage and she hasn't stopped working since! Over the years, Kelly has crewed, sponsored, and managed shows at Muni, GHS, and ISU. She was the Asst. Stage Manager for Muni’s Mary Poppins and Shrek The Musical. She is the former President of Theatre of Ted and Captain of the Mock Trial Team. Kelly is thankful for the opportunity and is excited to make new friends and memories with Little Shop!

Posted by The Muni News at 6:43 AM No comments: